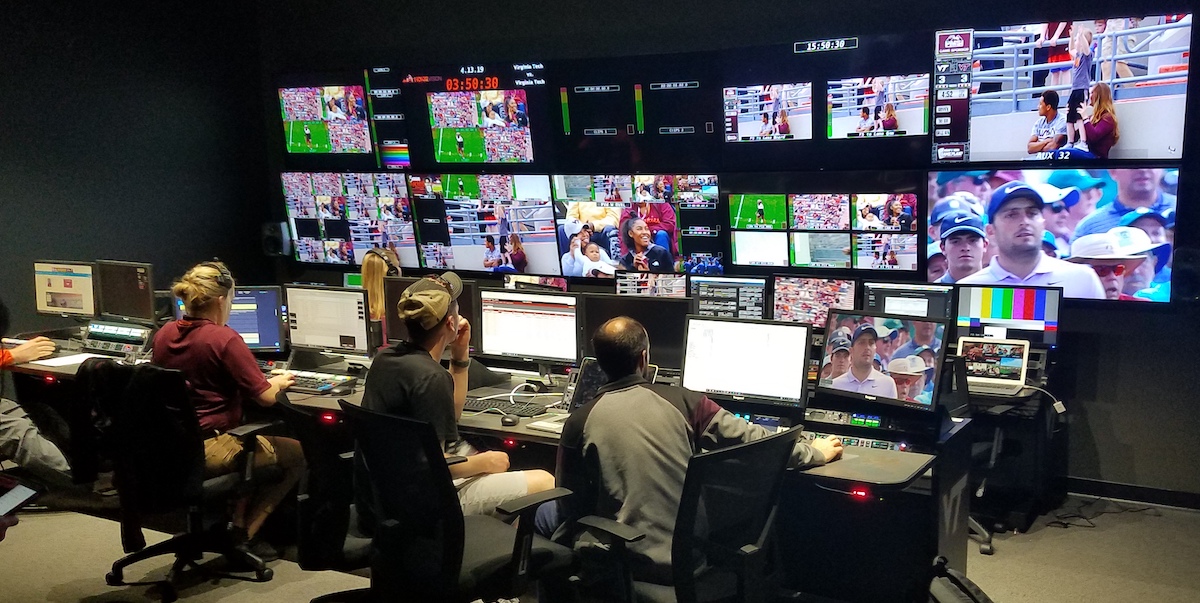 Beginning in late 2016 HokieVision began working on integrating a new division into its ranks,the ACC Network. This conference mandated process included having every school upgrade, or in some instances, create control room and studio space as mandated by requirements set forth by the conference's media rights holder ESPN. The goal was to create and distribute a linear channel you would watch on your TV at home thru DirecTV, Dish or your local cable company.

Having created the SEC network years ago, ESPN had learned what worked and didn't work when starting a channel from scratch and so they were able to create a universal set of standards every school was expected to meet. Almost immediately Brian Walls and Jed Castro set about figuring out all the logistics that go into making the Blacksburg branch of the network a reality.

First off was finding space to house two new control rooms, editing/office space and a studio. Lane Stadium was quickly identified as the proper venue to house all this without having to build a new building. The Schott Media Center in the south end zone would become home to the control rooms and office space, while the largely unused Hall of Fame area on the first floor of the West Side Expansion would be the perfect spot to house studio space that would include a smaller fifth control room, green screen area, studio space and podcast areas. Virginia Tech's $10 million investment in the project would also allow for the control rooms currently in use in the Merryman Center to be renovated to match those being installed from scratch in the south end zone.

Once the long, red tape process of renovation was underway, Jed set his attention to building the staff needed to stream or broadcast every home sporting event. He started by hiring former HokieVision students Eric Frey as ACCN Senior Director and Chief Engineer Sam Jones. Those two, along with Dir. Of Broadcast Operations Brian Walls, quickly put together to-do lists for the next 20 months leading up to the network launch.

Additional staff came in the form of hires Amanda Rutledge and Ryan Stankard. A pool of 60 student production assistants was quickly assembled and trained over a 16 month period. Renovation and installation of equipment in the south end zone began in earnest as 2019 rolled around. In the midst of all this HokieVision was broadcasting more events than ever. Simultaneous broadcasts and videoboard shows were being done seamlessly to the delight of those at home and those in Cassell Coliseum. For the first time, HokieVision was also using a separate Producer who set up stories and features beforehand to run during the telecasts. Currently all four control rooms are being utilized for streams, linear shows and videoboard productions. A new studio space will break ground in the west side of Lane in spring 2020.

The channel launched on August 22nd 2019, and now HokieVision is more than poised to be ready to lead the way into the future of collegiate athletics.