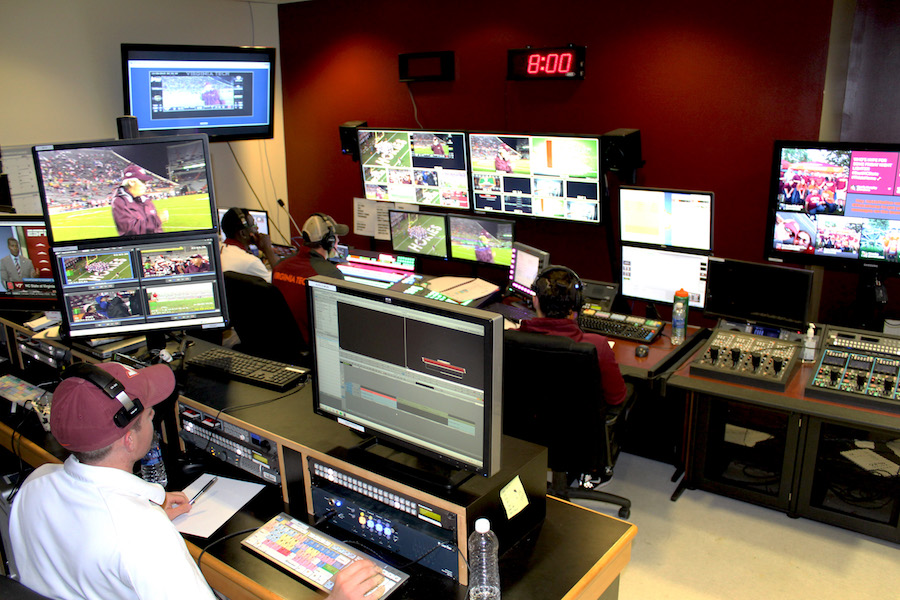 While the practice video is great for players and coaches, fans are also reaping the benefits of the video department’s hard work. HokieVision was added eighteen seasons ago to the delight of fans. With the upgrade to a brand new video board from Panasonic in 2013, the fans now have an even cleaner HD perspective of the game.

Did you miss that acrobatic touchdown grab by Damon Hazelton or that big hit Ricky Walker just put on the opposing quarterback? Relax. Just look to the sky and you can receive instant gratification from the video scoreboard located in the north end zone of Lane Stadium. 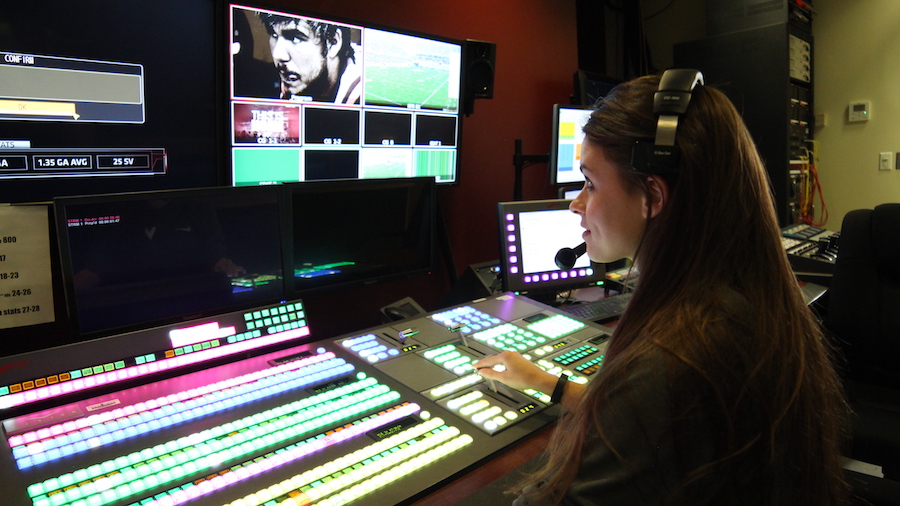 The HokieVision crew uses five cameras to cover all of the action in Lane Stadium, along with four replay machines to help out with the operation of the video scoreboards. The videography department also has ten editing stations that aid in editing and production of in-game entertainment. The video staff produces and directs the games from the control room in the Merryman Athletic Center. Before the 2013 season, the control room was completely revamped to coincide with the installation of the new HD 16:9 video board that provides larger-than-life replays. The control rooms will be receiving an upgrade in 2019 due to the ACC Network expansion currently underway.